The Branch finally was able to hold a meeting at the Armoury. Captain Lesley was present and her pleasure in seeing the Branch again was mutual.

David Dunham gave an interesting oversight of the deployment of the British Army at Cannock Chase and invited us to meet him there on the following Sunday, for a guided tour of the site. It had housed thousands of soldiers for training and also enemy POWs. He also brought also a number of artefacts including a Lee Enfield and a German Mauser.

On Sunday several of us travelled to the base. David met us and invited us to inspect a wooden hut laid out as a bedroom for the enlisted men. He then took us to the firing range. Although much of the area is now overgrown the still dominant butte is outstanding.

The butte was used as a protection from shots that missed the targets. Returning back it was possible to pick out the old firing trenches in which the soldiers used during musketry training. These were in staged distances and at 2000 yards it was amazing that even at that range experienced marksmen were encouraged to fire a round at that range as it could still inflict a fatal wound on the enemy.

As well as the graves of British soldiers the Chase also is the resting place of enemy soldiers. Many of these would have been in poor health on arrival at the German POW camps. These included men who had been shot down in aircraft and airships attacking our mainland.

The Chase, a former Royal forest, covers 26 square miles. In the autumn of 1914, only months after the start of the First World War, construction of two large camps began on Cannock Chase. The camps (known as Brocton Camp and Rugeley Camp) were constructed with the permission of Lord Lichfield, on whose estate they were being built. The infrastructure for the camps, including the water supply, sewage systems and the roads all had to be created from scratch before work could begin on the huts and other structures.

The camps, when completed, could hold up to 40,000 men in total at one time and trained upwards of 500,000 men during the war. They had all their own amenities including a church, post offices and a bakery as well as amenity huts where the troops could buy coffee and cakes, or play billiards. There was even a theatre.

The men were housed in wooden block houses of 20 men, whereas in the same sized hut fewer officers were housed individually in a private room. (There is only one hut remaining which is furbished as it would have been and volunteers dress in period costume).

Cannock Chase War Cemetery contains 97 Commonwealth burials of the First World War, most of them New Zealanders, and 286 German burials. There are also three burials of the Second World War. The 58 German burials in Plot 4 were all brought into the cemetery in 1963, as part of the German Government's policy to remove all graves situated in cemeteries or war graves plots not maintained by the Commonwealth War Graves Commission. Many of the German graves contain airmen whose Zeppelin or Gotha was shot down.

Cannock was also used to provide a scale model of Messines and the troops who were to attack it were able to view it in advance of the assault. Rediscovered a few years ago it was notated and then reburied.

It was good to have the Armoury

back as the Branch meeting place and also to have a live speaker which enables a much more meaning interface.

Thanks also to David for his expertise and organisation of the talk and tour. 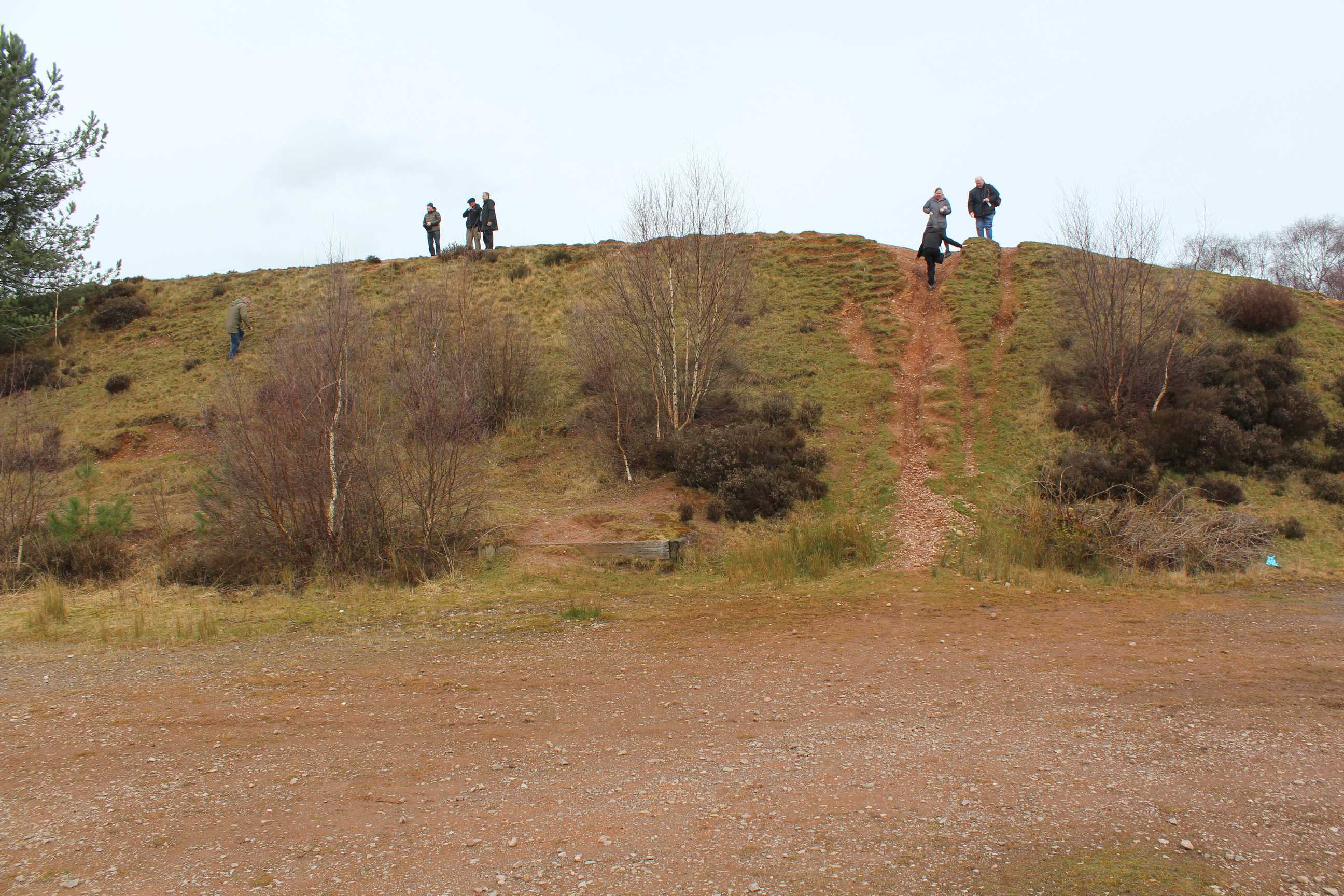 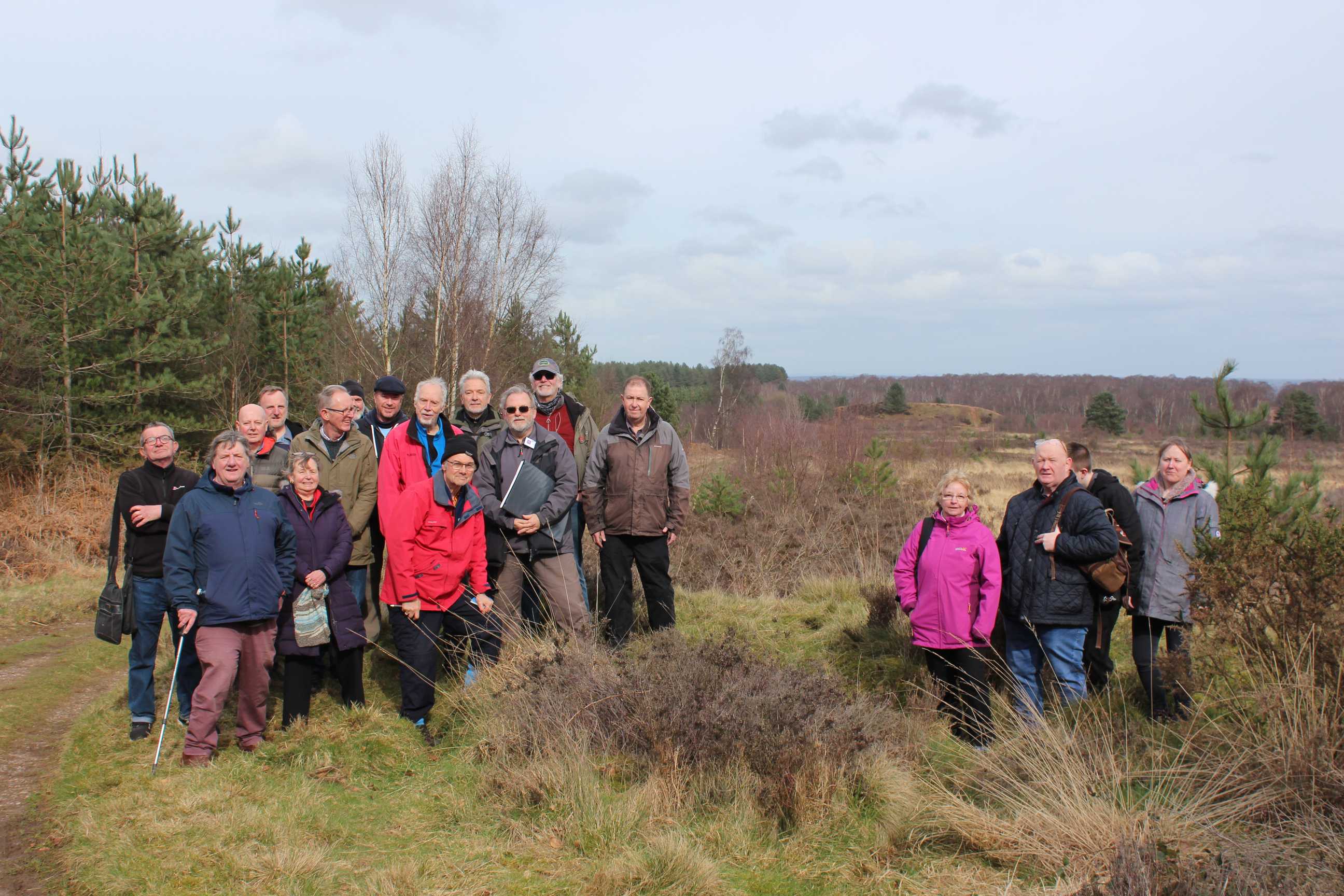 The group at Cannock Chase 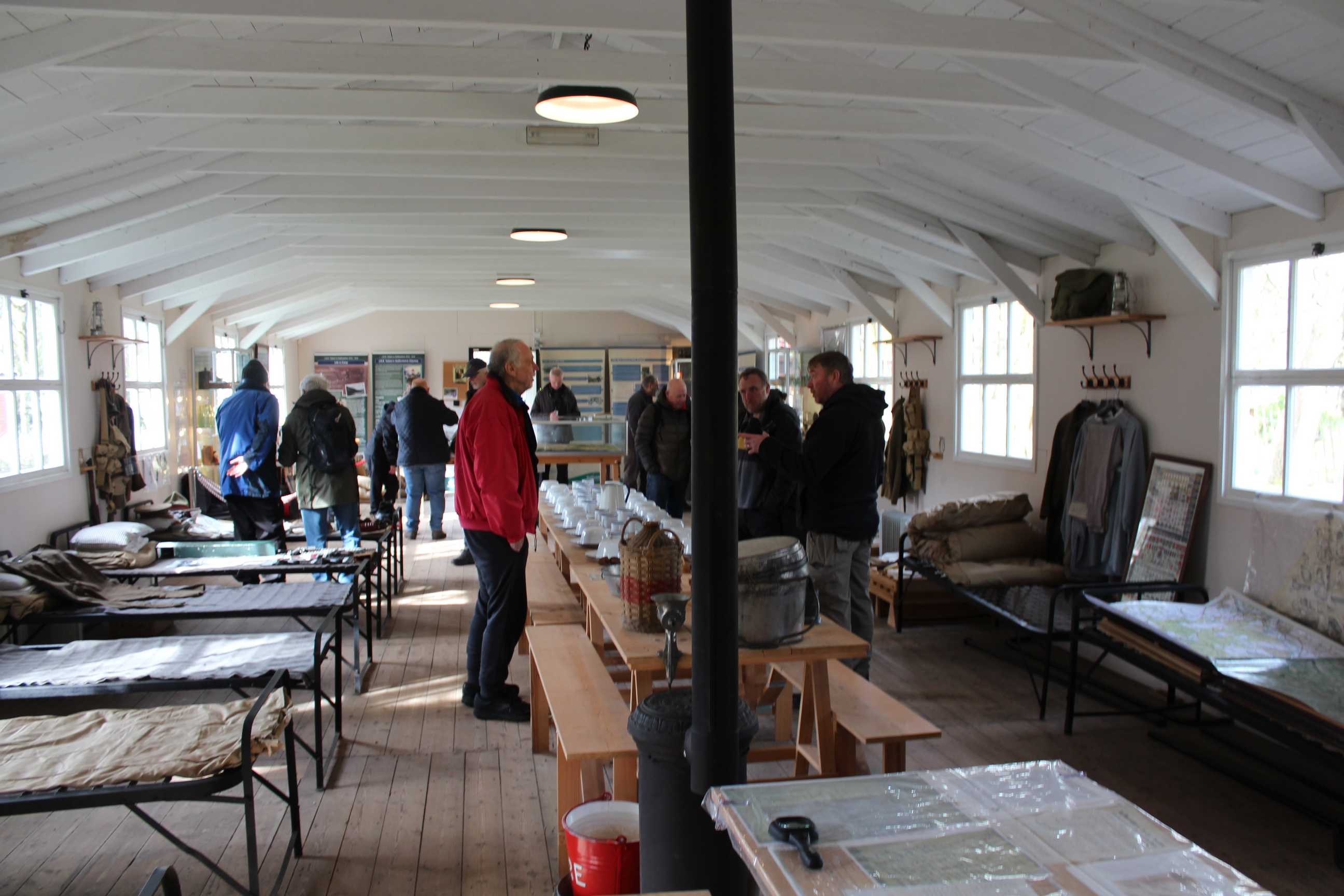 Inside the refurbished hut