Welcome to all our regular members and any newcomers, please introduce yourselves. This meeting’s speaker is WFA Vice President Prof John Bourne who has given this branch many a good lecture over the years. The main gate and lecture room door are now open at 7pm but if closed please press the buzzer button marked BAR, by the gate, and the steward Les will open up. There are two push button devices and the BAR one is on the right. We still have to respect security issues surrounding our venue. The earlier start gives myself more time on arrival to prepare the screen/computer/ projector and all our members to arrive and be comfortably seated. I need to introduce the speaker in good time.

Although the centenary years of the 1914/1918 conflict have ended I’m sure we will continue to be interested in this war that altered the futures of so many lives and families, directly affecting all the population of the UK and its Dominions in one way or another. We will enthusiastically continue with the WFA’s objectives to educate about WW1. The causes, the battles, logistics and every aspect of this so-called ‘war to end all wars’. Our monthly meetings will continue to cover the many different aspects of historical interest with the help of a variety of top speakers.

We have arranged for the talk on March 13th to be Dr Jessica Meyer on the subject of WW1 casualties, their rescue, treatment and removal to better facilities behind the lines.  Unfortunately, our April speaker Geoff Spring has had to cancel for health reasons but a suitable replacement is in hand. Please note in your diary for the April meeting we again have to go back a week to the 17th due to our usual night falling on Good Friday.

Tolkien is, to the consternation of many in the literary establishment, possibly the most widely read of twentieth century British authors, whose sales show no sign of slacking. Tolkien volunteered for military service in June 1915 and was commissioned in the Lancashire Fusiliers. He served on the Somme with the 11th Battalion (74 Brigade, 25th Division), principally as battalion signals’ officer, from 27 June 1916 until 27 October 1916, when he was invalided home with trench fever. He did not return to active service. Much has been claimed for the part played by the Great War in Tolkien’s subsequent work. This talk will reassess these claims as well as setting Tolkien’s experience in the context of his brother officers’. 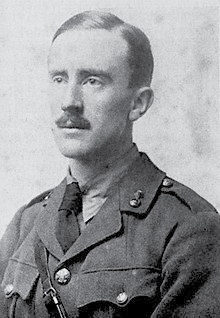 The Branch welcomed back its distinguished member, Dr Martin Purdy. He was to reveal how an oak tree came to be planted in the barren ground of Redoubt Cemetery near Krithia in Gallipoli.

The tree was planted and grew from cuttings taken over to the battlefield by the parents of 2nd Lieutenant Eric Duckworth aged 19 who died on 7 August 1915 (photo right). He was serving with the 6th Battalion Lancashire Fusiliers, a Territorial unit and has no known grave.

Martin initially explained how the Territorial Forces came to fight so far away from home, especially when their terms of service were to cover defence of the homeland only. By way of explanation he indicated how the structure of the BEF changed throughout the war. In 1914 Britain had a small professional army roughly half of which was serving overseas in the Empire, the remainder being based at home. However, it had been realised that this was not sufficient and in the early 20th Century the Territorial Force (later known as the Territorial Army) had been created as a safeguard against a predatory attack from any European power, many of which had large conscripted forces.

The British Army went through several metamorphoses between 1914 and 1918. In 1914 the fighting force was the small elite professional force. Kitchener had realised it would be a long war and initially, in 1915, he persuaded the territorial units to agree to fight overseas whilst the ‘Pals’ army was being formed, to be blooded on the Somme in 1916. By 1917 men who had attested under the Derby scheme and conscripts would join the fray. By the final year of the war teenagers would increasingly be the front line men.

The Territorial Army, as it became, did not get the credit it deserved when compared to the later Pals units .However, the TA men were in fact pals units under another name. Many units were formed in factories and other workplaces. Many units reflected the hierarchy in the workplace. The business owner, some of whom were ex officers, would be a pillar of society and would be granted a commission to command a battalion representing his firm or locality. Quite often sons of eminent business men would become junior officers and foremen NCOs. Many of the men worked together.

Thus the 6th Battalion of the Lancashire Fusiliers was formed from the TA men of Rochdale, Todmorden and Middleton. It was headed by Lord Rochdale (George Kemp - photo right) who had seen service overseas and back home became a factory owner.

The unit took part in the Third Battle of Krithia. It was a failure gaining only a small parcel of land which had been a vineyard for heavy casualties and Eric Duckworth was an early fatality on 7 August 1915. Unfortunately, his body was never found.

The details of how the oak tree came to be planted can be seen in the Up the Line for January 2020. For those who were unable to attend, the story of the planting of the oak in Redoubt Cemetery can now be read on the Branch website in the aforementioned edition.

The story of the tree and the involvement of 6th Battalion Lancashire Fusiliers at the vineyard is in the book ‘The Gallipoli Oak’ written by Martin Purdy and Ian Dawson and it was pleasing to see Martin’s co-author in the audience. 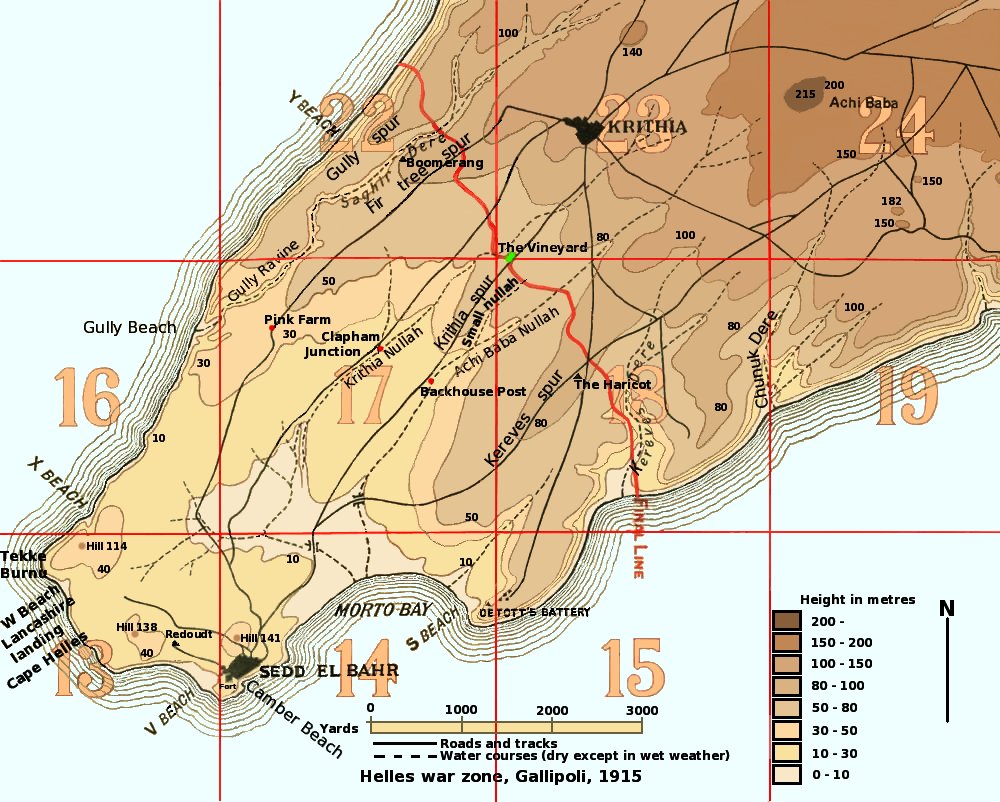 10.20am A Forgotten Navy: Fishermen’s Involvement in the Great War

11.20am Innovation and Improvisation: The work of the Royal Army

Medical Corps in the Great War

You can book the optional £15 buffet lunch by contacting: This email address is being protected from spambots. You need JavaScript enabled to view it.

Peter Hart and Paul Knight, plus historians from the local community.

Full details can be found on the GA website www.gallipoli-association.org under “events”.

The cost will be £10 per person, payable on the door, which includes tea and coffee

(attendees will have to make their own arrangements for lunch).

Booking is essential – contact Ian Binnie via This email address is being protected from spambots. You need JavaScript enabled to view it.