The Branch welcomed back Terry Dean from the Lancashire North WFA who spoke on the TA gunners at war based on the war diary of the 1st West Lancashire Brigade Royal Field Artillery by Captain W.W. Wadsworth.

The Brigade had been formed in accordance with the Haldane reorganisation of the TA units in 1908. The Act would serve to bring about the 55th (West Lancashire) Division and the 1st West Lancashire Brigade RFA which trained at Liverpool. On the outbreak of war, after the TA revoked its limitation to only serving as home defence, the Brigade trained in Kent. Whilst the 1st West Lancashire Infantry division was shipped to France, the Artillery Brigade moved to protect London and the South East coast.

The Canadians who immediately prepared to serve in Europe were allocated the Brigade as their artillery. RFA units were being issued the relatively new 18lb guns to replace the obsolete 15lb model. The new gun had a range of 6,500 yards and was manned by 6 men and 4 waggoneers. Seven hundred horses were required for the unit.

On 29 September 1915, the unit was shipped to Le Havre on the California –the ship that shut down its radio just before the nearby Titanic began sending its SOS (or CQD) signals- and the Manx Monas Isle. The unit moved up to Kemmel on 2 October 1915 and on 9 October began to register its guns. On 27 October, they were inspected by the King. Subsequently, they saw action at Wytschaete. On 15 December, they retired for refit at Cléty and Herbelles.

In January 1916, Major General Hugh Jedwine took command. At the end of February, the Division relieved French units at Bellacourt then moved to Wailly. They began shelling the enemy lines as a diversionary action for the forthcoming Somme offensive. Subsequently, they moved to Maricourt, leaving their original guns to the incoming units. They continued to gain experience and gradually worked their way to Flers where Tanks were first used operationally on 15 September. The unit supported the assault on High Wood which had been the scene of bitter fighting. When captured it was found to be full of enemy corpses and the excellent observation from the enemy’s positions showed why it had been so critically defended.

Details were given of the unit’s progression including their support action at Cambrai in late 1917 and their fight against the German assault in April 1918 near Festubert. They were put under severe pressure by the enemy but by mid-1918 the enemy had failed to gain any strategic victories and the unit became embroiled in the great push on the enemy in the 100 days.

This was a fully detailed Power Point presentation containing many visual aids and voice overs, representing the major figures’ reports.

The Mesopotamia Campaign, fought in what is today Iraq, was the largest of the forgotten campaigns. Fought between November 1914 and October 1918 in constant contact with the enemy and in the worst of climates, the Mesopotamia Expeditionary Force (MEF) reached a maximum size of 440,000 men. Yet it is the least known of the Middle Eastern campaigns.

Site of the Armistice signing at Compiegne 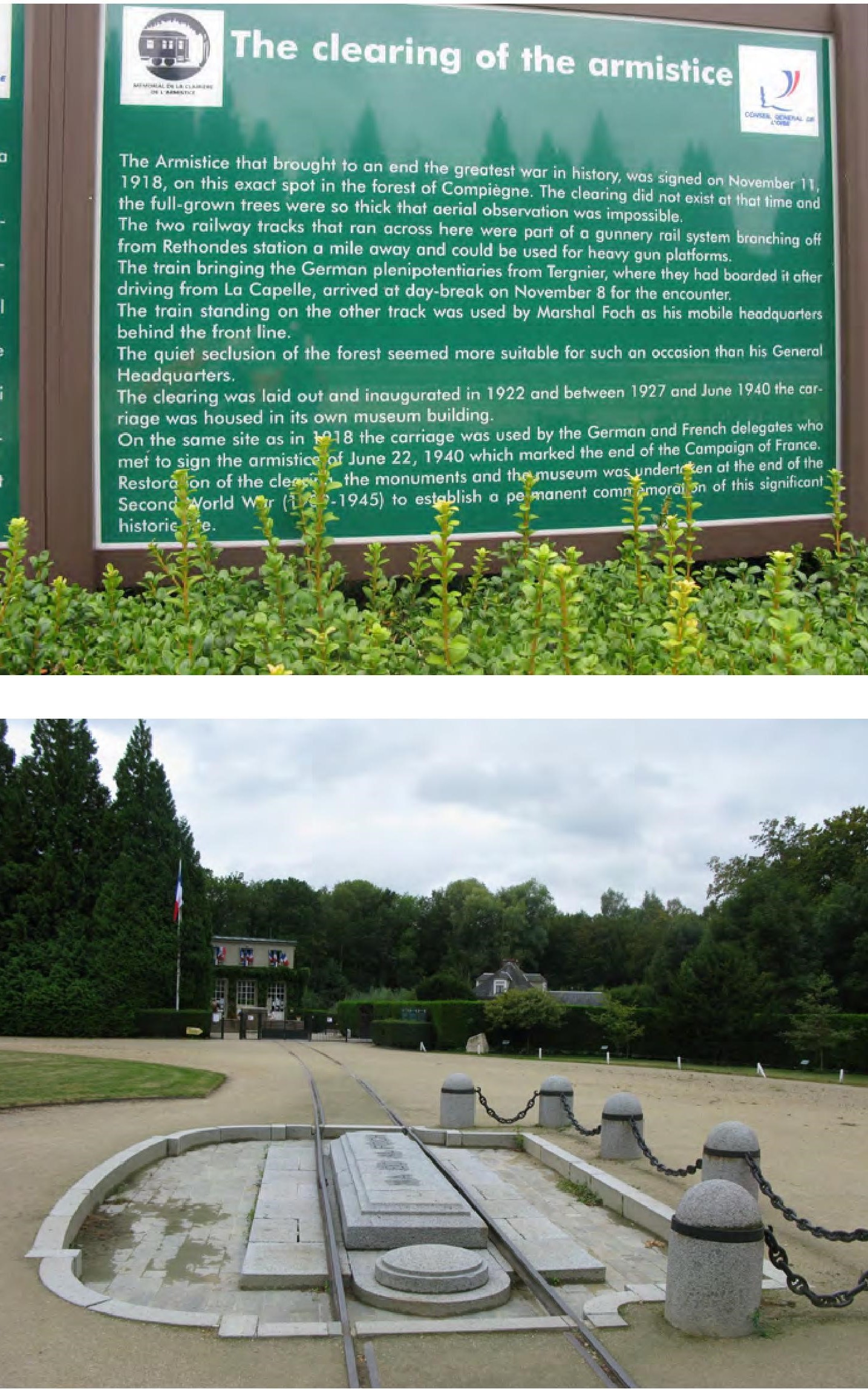