Welcome to our second meeting of the New Year and, although the Great War Centenary years have now passed, we can look ahead and I’m sure we can continue to keep our group together in sharing the history of 1914/1918. Tonight’s talk, by our good friend and Branch member Bill Mitchinson, is about the 2nd Line Territorial Force on the Western Front, see his synopsis below.

We have the next three months of speakers organized, with David Blanchard and Terry Dean booked in for March and April.

In May we are honoured to have the WFA Patron Sir Hew Strachan, appointed in November 2016, as our guest speaker, his subject yet to be confirmed. Our President, Peter Simkins, on welcoming him to the WFA wrote:

“May I say how delighted I am that Professor Sir Hew Strachan accepted our invitation to become Patron of the WFA in succession to the late Terry Cave. I first became aware of Hew’s work through his book on the history of the Cambridge University Officers’ Training Corps, published in 1976 at a time when I was in the foothills of research for my own book Kitchener’s Army. I was immediately impressed with Hew’s scholarship then and have since watched with pleasure, admiration and respect as he has established a huge international reputation as one of the world’s foremost scholars of the Great War. His book The First World War: Volume I, To Arms (published in 2001) remains, for instance, a model of immense research, breadth of coverage and balanced judgements. Sir Hew’s presence in our ranks as Patron will greatly enhance the WFA’s work of study, education and remembrance.”

‘Perfectly unfit and of no earthly use’:

The 2nd Line Territorial Force and the Western Front

Following its creation in September 1914, anxiety over the supposed inadequate state of the 2nd Line was aired frequently in parliament and the press over the subsequent two years. There was also significant discontent within the ranks of the 2nd Line divisions themselves. Many of its infantry battalions filled quickly but with an apparent indifference towards the new divisions, the War Office preferred to concentrate on training and equipping the New Armies. Many of those men who chose to enlist in the new units undoubtedly did so in the knowledge they were in all likelihood joining what would develop into even more of a Cinderella force than its oft-ridiculed parent units.

In 1916, the War Office made decisions about which of the ostensibly fourteen 2nd Line divisions should be deployed overseas and which should be retained in the United Kingdom. The first two divisions destined for the Western Front embarked for France in 1916; they were followed between six and eight months later by a further five divisions. One division was broken up in 1916, followed by another a year later because a dearth of recruits had made them unsustainable; five others, for similar reasons, never left the British Isles. This reorganization was the final dashing of hopes of those who had long dreamt of a Territorial Army in France composed entirely of TF divisions.

Generally, little was expected of those 2nd Line divisions deployed to the Western Front. This early assumption was apparently confirmed by the complete failure of 61st (2/South Midland) Division to capture any ground during the Fromelles debacle. It came as something of a surprise, therefore, to those who had doubted the worth of the force when two 2nd Line divisions were heavily involved in the capture of Bullecourt. A further surprise came when another of its formations burst into and through the formidable defences of the Hindenburg Line. 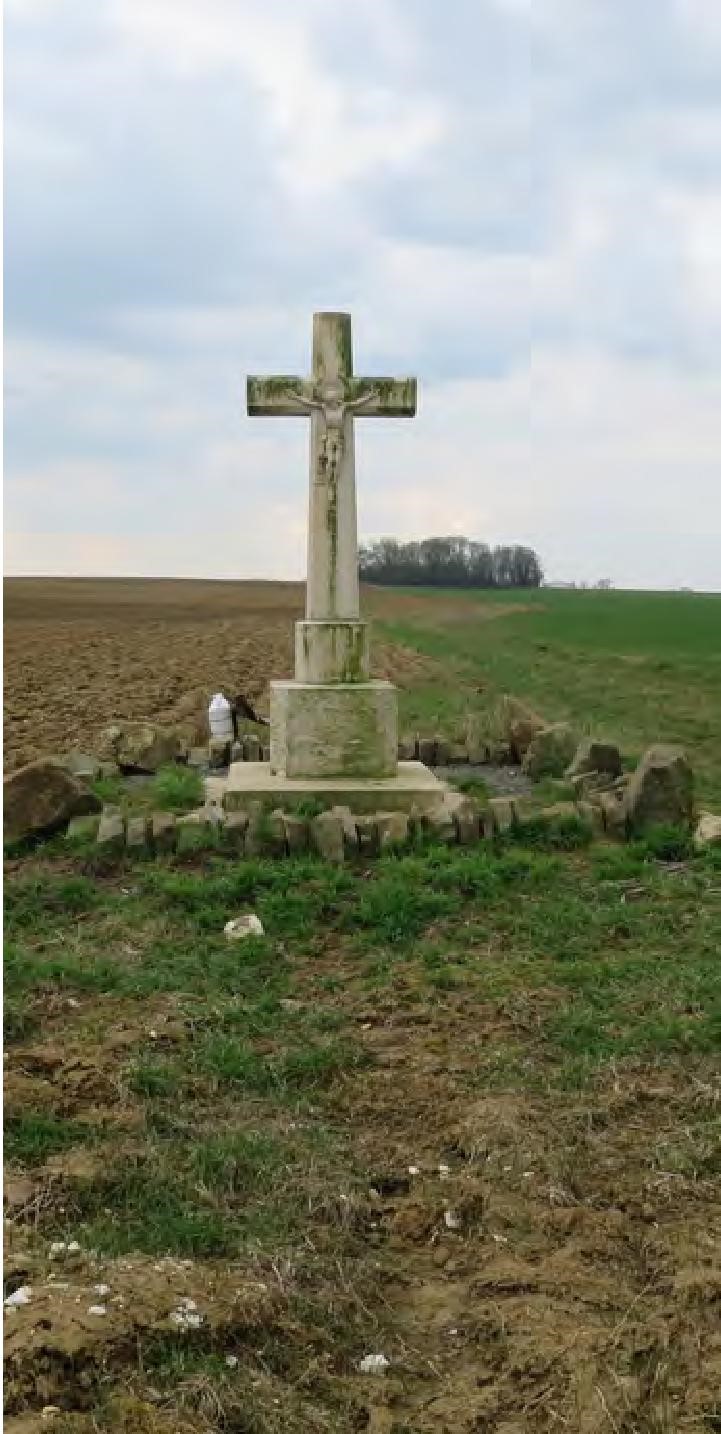 When, in early 1918, the War Office decided to reduce the number of battalions in the divisions of the BEF, the 2nd Line battalions were among the obvious choices for disbanding. Later that year, two of its divisions were reduced to training cadres and then reconstituted with several imported battalions which made them unrecognizable as TF formations. When the armistice came and demobilization began the 2nd Line units were disbanded and passed into albeit, temporary, history. In the post-war era a belief persisted in some quarters that although the TF as a whole had done vital work and performed beyond expectations, raising the 2nd Line had been an error of judgement, strategy and policy. The fact that the divisions had not gone overseas until 1916 and 1917, and the perception that they were little better than labour or line holding formations, fuelled the continued belief that their men and resources would have been better applied to divisions of the Regular Army.

By examining their performance in selected engagements the lecture offers a preliminary assessment of the qualities of the 2nd Line divisions and attempts to draw conclusions about whether they deserved their generally ambivalent reputations.

Photo right: On the slopes above Hargicourt, where the 2nd Line 59th (2nd North Midland) and 66th (2nd East Lancashire) Divisions were both heavily engaged, stands the cross to commemorate the death of Lieutenant Colonel Arthur Wrenford, CO of 4/East Lancashire.

To All Our Members!

“I would like to thank all the branch members for the generous book token card. It will be staying unused for a while. We are having the shower room which adjoins the library refurbished. This means the shelves are blocked by material to go into the shower and a piano. There is no point my buying any more books just yet as there is literally no place to put them. It will enable me to avoid rushing off to Waterstones for a while!”

World War II is over but WWI is not yet finished.

That was said by a Turkish Foreign Ministry spokesman to a Guardian journalist in March 2018. He was referring to the situation in the Middle East. The hangovers of WWI are still with us.

So, let’s test your knowledge of this period, post 11th November 1918, which was most certainly not the end fighting, commotion, carnage and destruction. Can you answer the following questions?

Answers at the bottom of the page.

Although we are now post centennial of the Great War, Branch member Dr Martin Purdy considered the schemes that were set up to provide disabled servicemen with homes more suited to their physical condition.

Generally the main suppliers of aid were charity and philanthropy and still are today. The assistance provided to men are badly wounded in the service of the nation had initially been considered during the reign of Queen Elizabeth I. Almshouses provided rooms for men to injured to lead a normal life. The Privy Council had been tasked to control the scheme. By the 17th Century Chelsea and Greenwich Hospital were aiding servicemen but there was no compulsion to do so. By the time of the Boer War, Regiments were becoming involved. In all they spent the modern day equivalent of £400 million in providing facilities. However, most of the funding was only provided for the man, not his family.

Much of the Regimental aid reflected on those bodies anticipating more recruits if they were seen to be looking after their wounded men. More than £400 million (in today’s values) was spent by the Regiments to this end. However, there was still no State involvement.

The Great War surpassed any other conflict in terms of numbers of wounded and disabled servicemen. Being the first truly industrialised war, wounds and traumas inflicted by modern weaponry were widespread in all the Services. The Naval & War Pensions Bill 1916 enabled Local Authorities to help their wounded, whilst existing organisations such as the Chelsea Hospital Pensioners provided help.

The task would be enormous. By 1919 there were 1.7 million disabled servicemen. The playwright John Galsworthy in ‘The Sacred Work’ strongly believed the many men disabled by the war deserved to be cared for within the society which they had fought to protect. This was in response to a request from the Ministry of Pensions for a forthcoming conference in early 1918 on the treatment of disabled servicemen.

However subsequent aid was assessed on the level of disability, not on the ability to work, nor on the serviceman’s ability to provide for his family. The TUC opposed the scheme fearing low pay to the disabled would jeopardize their members’ livelihoods. Galsworthy also drifted away from the subject post war.

In 1919, the Housing, Town Planning Act set out the aim to provide 500,000 homes, mainly in response to the perceived ill health of much of the population. However, only 250,000 were built due to Government cuts.

Charities doubled during the war, from 9 to 18 thousand. £600 thousand was raised and it was still public generosity rather than the State that provided these funds.

Sir Oswald Stoll was a philanthropist who donated land in 1916 for the  a charity in Fulham, London for disabled soldiers returning from World War I and their families. The foundation continues to house disabled ex-servicemen and women to this day, but in addition also provides supported housing for veterans suffering from mental ill health, and those who, having left the Forces, have found themselves homeless. However no workers councils were allowed and he had a distrust of possible left wing interference.

Martin considered other projects and gave a detailed description of the primary subject of his PhD thesis, the Thomas H Mawson project at Westfield, Lancashire. Mason was an acclaimed architect. His youngest son James Radcliffe was killed on 24 April 1915. James had been keen on ensuring servicemen should be looked after when returning home, especially those who had been badly wounded.

Mawson aimed to provide a number of settlements for the returning disabled. Unfortunately, due to lack of official financial support only Westfield was completed.

Westfield still exists today. Each home has either the name of a serviceman or battle.

A fully detailed talk by Martin on the development of schemes such as Westfield after the Great War. For a greater study you can read his doctorate study on the web.

Answers to the post-WWI quiz

(b) Kronstadt – and it’s not anywhere remotely near Germany, it’s the port guarding St Petersburg.

(c) the Russians, or perhaps Bolshevism – so how do you fight a philosophy?

2.  No: there was Versailles, Neuilly, St Germain, Trianon, Sevres, San Remo plus lots of follow-on ones.

3.   Hungary, including the loss of 4 million ethnic Hungarians to other countries.

4.   Constantinople (Istanbul). You may have forgotten this, but the Turks have not.

These are only some of the bizarre events following on from WWI.