Good Evening and welcome to our first event of the New Year. I trust you have all recovered from the effects of the Festive Season. Ann and I enjoyed our trip to Ypres (See my article). We were surprised to see that Branch member Arthur Wood was also staying there.

My birthday is one week before Christmas and this year I will have become a septuagenarian. A hundred years ago in late July, 6 Battalion, Cheshire Regiment attacked St. Julien on the opening day of Third Ypres. Many of the men who were casualties on that day would have trained in the TA here in Stockport, where we hold our meetings.

I contacted the Last Post Association and I was able to arrange that I would lay a wreath at the Menin Gate on 18th December.

Ann & I travelled on the overnight ferry from Hull a few days in advance. We had arranged to stay at Varlet Farm, in Poelcappelle. (The original farm was on the battlefield). On the way down we called in at Bruges and enjoyed its splendid buildings. We also went on a photographic tour led by a Canadian photographer who not only introduced us to methods of enhancing one’s shots but also took us through some of the quieter areas not often visited by tourists. A fellow ‘student’ was a lady from Australia.

We duly arrived at the farm and went into Ypres for the Last Post at the Menin Gate. (Up to and including the weekend there were considerable numbers at the ceremony).

The next day we visited the Passchendaele Experience Museum in Langemark. It has been extensively refurbished with a wealth of exhibits from the Battle and a reconstructed trench system outside. Whilst in the museum we re-met the Australian lady from Bruges who was visiting it with her husband. In the afternoon we looked at the late moonlight attack of 2nd December 1917. This will be the subject of one of our talks in 2018.

Another day saw us walk along the old railway (now a cycle track) from the impressive station house at Zonnebeke. We also visited Essex Farm and the Yorkshire Trenches. We then went to Zandvoorde and gained access to the imposing German command post. It was built by the 3rd Coy. Armierungsbatallion 27.

Having previously had a private pilot’s licence and flying a Cessna 172 for several years, the air war has always been of interest. Although we think of the air aces, the RFC (later RAF) was a great asset to General Haig, who was a believer in the modern technology, especially as reconnaissance for the artillery. The aircraft of the RFC may have been state of the art at the time, but were rudimentary and the air battles were intense.

Our first really recognised air ace was Albert Ball VC, of whom we learnt in one of last year’s talks. A fearless aviator, he was killed when his aircraft crashed at Annoeullin. There is a German military cemetery adjoining the town cemetery and Ball is buried within the former. We visited the military cemetery and paid homage at the aviator’s grave, which is very impressive.

On Monday 18th December, my birthday, we stayed local and duly arrived at the Menin Gate in good time for the commemoration. The numbers present were relatively small compared to the weekend ceremonies; nevertheless the last post was played immaculacy by the local fire brigade. They are a magnificent group of men who have played the last post every day since just after the Gate was unveiled. (Except for the period during World War Two, when the town was occupied) The commemoration has now been carried out over 30,000 times. Whenever I am present I always make it a point to individually thank each of the players.

On the night there was only one other wreath being laid and I was given the great honour of delivering the Exhortation. Our newly made friends at Varlet Farm were present and I am very grateful to Annabel and Nigel for taking photographs during the ceremony.

The next day we had to say goodbye to Ypres and spent the morning in Gent. This is yet another beautiful town with some magnificent buildings. The centre revolves around a canal system and we took a boat trip along it. The guide was fluent in English as well as Spanish- our co-travellers on the boat.

Eventually it was off to Zeebrugge for the return ferry. Fortunately, both crossings were without incident. Although the outbound voyage had some heavy seas in the middle of the night, we did not suffer any ill effects.

Ann and Terry at the Menin gate 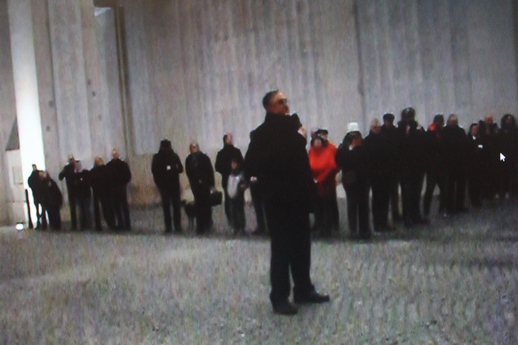 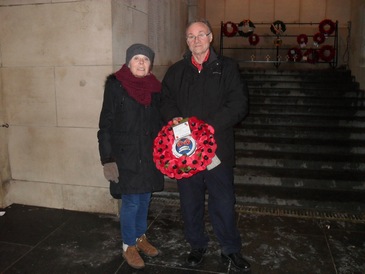 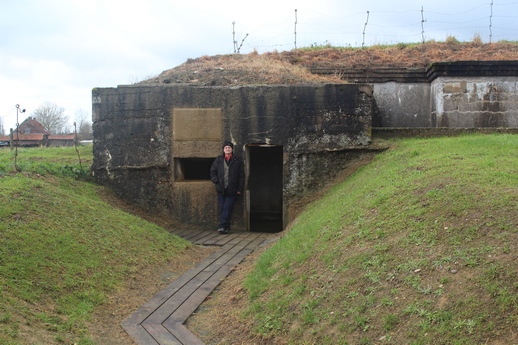 Mike O'Brien gave us a most entertaining talk on Americans in the British forces (as opposed for example to the Canadian army).  His research has been published in a new book which is reviewed here. 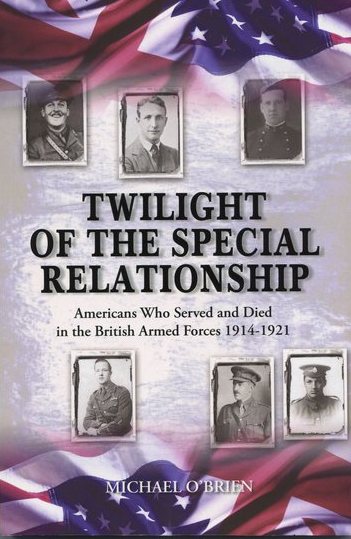 About 9.30 p.m. on Saturday, 12th January, destroyers H.M.S. Opal and Narbrough were in company Opal leading. There was a thick blizzard on at the time and a heavy following sea.

Both ships had been sailing with the light cruiser Bodicea searching for enemy minelayers in the vicinity of Scapa Flow. Due to the bad weather and the danger of swamping, the cruiser instructed the two destroyers to return to Scapa Flow. Unfortunately, both ships collided with the rocky outcrop Clett of Crura. There were 188 fatalities and the only survivor was William Sissons who had been on board Opal. At the Court of Enquiry he gave evidence as to the loss of the two vessels.

Opal struck heavily about three times and shortly after appeared to slide into deep water. Almost immediately after striking Opal was pooped by the following sea which filled up her after part and carried away her funnels and mast. After apparently sliding into deeper water her fore part broke off at the break of the forecastle and the remainder foundered in about a quarter of an hour from striking.

Directly Opal who, Sissons stated, had been sounding with a sounding machine, struck, she blew three blasts on her siren which were answered by Narbrough. Narbrough appeared to pass Opal on the port quarter, strike heavily and heel well over.

Nothing more of Narbrough was seen by the survivor. He stated that Captain and Sub-Lieutenant of Opal were on the bridge at the time of striking and after striking orders were given to abandon ship. He did not observe any boat manage to get away safely and stated that the Carley Floats were launched but owing to sea no one could remain on them.

He swam ashore and reached a ledge, with crevices, well sheltered from the wind, with about 50 yards on which to walk about. He kept himself alive with shellfish and snow, and at one time managed to scale the cliff to within a few feet of the top but fell back again.


He considered that men on deck before the midship gun-platform should have had some chance of saving themselves, but could give no information as to anyone from Narbrough.

From the board of Enquiry-Ed 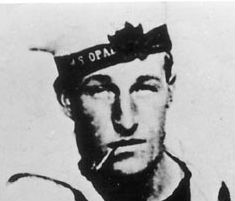