Although the Allies were to celebrate a victory in late 1918, the springtime German offensive had seriously worried the BEF, especially in its early stages. Lloyd George had been impressed by the scale of the battle and wondered how the Germans could push the British army back when we could not do the same to them. Malcolm Sime looked at the involvement of 66th Division, which comprised of units from the Manchester and east Lancashire areas.

In fact, the Welsh Wizard was a contributor to the event by holding back essential reserves whilst lying to Parliament by including non-combatants in the numbers of men sent to the front.

In the foggy dawn of 21st March 1918 the Germans launched 65 divisions on a narrow front against the British Third and Fifth Armies and, using overwhelming artillery firepower, gas and novel infiltration tactics, penetrated thinly-held Fifth Army positions on the Somme, causing widespread disruption and heavy casualties. A large part of this front had recently been taken over from the French, and the Fifth Army, critically short of manpower, had been quite unable to prepare depth positions in the Battle and Rear Zones. The result was a confused mobile battle in which the British front buckled and was borne back by weight of numbers, fighting a series of bitterly contested rearguard actions, but did not break. This offensive lasted three weeks, during which the Germans penetrated up to forty miles towards Amiens but failed to achieve their strategic objective.

The full weight of the German assault fell on the 66th Division, who held a sector east of Peronne. The 4th East Lancashires, in the front line, were attacked from the rear and overwhelmed, while 2/5th East Lancashires suffered 763 casualties in a long fighting withdrawal. Remarkably, the survivors marched off singing. The 4th Battalion was reduced to one officer and about twenty men. 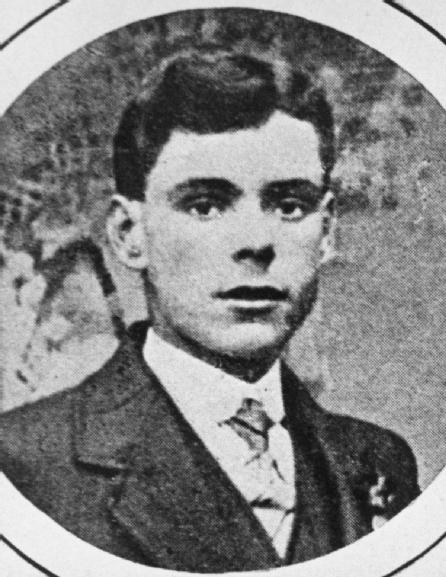 The 11th South Lancashires, in 30th Division, were in front of St Quentin when the storm broke, and were ordered to fall back on Ham, where it was intended to hold the line of the Somme Canal. This line was breached, and on the 24th March at Eppeville Corporal Davies earned a Victoria Cross when he kept his Lewis gun in action to the last, causing the enemy many casualties and checking their advance while his doubly-outflanked company withdrew through a deep stream choked with barbed wire.  Photo John Thomas Davis VC

The 2nd East Lancashires joined the battle on the 23rd when they occupied the west bank of the River Somme near Bethencourt, but the river was forded by the enemy and the outflanked battalion lost heavily as they withdrew; despite this, they fought on, with at least one action a day over the next nine days, including successful counter-attacks at Rosieres on the 26th and at Thiennes on the 31st.

The 25th Division was deployed astride the Cambrai-Bapaume road in support of forward divisions, and from there over six successive days the 2nd South Lancashires and 9th Loyal North Lancashires fought a series of rearguard actions back to the 1916 Somme battlefields around Puisieux and Gommecourt before they were relieved, having suffered 373 and 363 casualties respectively.

A few miles to the north, 1st East Lancashires were in reserve when the front line around Bullecourt was broken, and on the 21st and 22nd they fought a successful defensive action near St Leger before being relieved. Behind them, the 42nd Division had rushed forward from GHQ reserve to occupy blocking positions on the northern flank of the German breakthrough, south of Arras where on 26th March the 1/5th East Lancashires inflicted heavy losses on the enemy in the open at Gomiecourt.

Further north again, the 11th East Lancashires, with the rest of 31st Division, were also rushed up from reserve and took up positions near Hamelincourt. Over the next eight days the Division resisted five German divisions and broke the back of their offensive in that area. The 11th East Lancashires earned particular distinction near Ayette on 27th March in a day of desperate close-quarter fighting in which the Germans stormed the ‘Pals’ position again and again with heavy losses on both sides, including 350 of the ‘Accrington Pals’ killed, wounded or missing. A posthumous Victoria Cross was earned by Second Lieutenant Basil Horsfall who, despite a serious head wound, twice counter-attacked the enemy with the remnants of his platoon, each time regaining his position.

Eventually, the German assault was stemmed and by the summer the BEF was able to begin a final assault, which with its allies was finally to force the Germans to request an armistice in November.

An in-depth study supported by maps and statistics.