Good Evening and welcome to the final meeting of 2016. After the talk you are cordially invited to our Christmas Social. The hot pot prepared by Simon Cooper is based on the traditional Trench Stew served to the troops in the front line.

My thanks go to all those have helped me over the year and I would like to wish you a pleasant Christmas. During the Exhortation perhaps we could give a thought to Mike Platt and Mavis Smedley, in particular, who we have lost.

Our speaker tonight is John Hartley. John has spent a lot of time researching all the local servicemen who were lost in the conflict. His excellent work ‘More than a Name’ covers the details of all these men. It is now on line and if you have a relative from Stockport who you are researching, you can do no better than look at it.

I am indebted to John as he very kindly let me use his work as part of my research for those men who appear on the Stockport Corporation War Memorial in the Town Hall Foyer. This has enabled the War Memorial/Hat Works staff to place details of each man in a glass cabinet in the main Town Hall entrance on the 100th anniversary of his death.

1916 will always be synonymous with the Pals Battalions and John will be considering them tonight.

I hope you will all have a prosperous New Year.

Anne Pedley, the archivist of the Royal Welch Fusiliers, combined her interest in the Great War and her home in the Welsh hills to consider the early British mountaineers, many of whom served in the war. The passion for Alpine climbing had developed during the Edwardian era and Snowdonia was a perfect training ground for these new explorers of the high peaks of the Alps and beyond.  Several organisations were based there and produced some of the most eminent climbers of the period. After a consideration of these organisations and movements that brought these adventurers together, Anne looked at the lives of several of them. 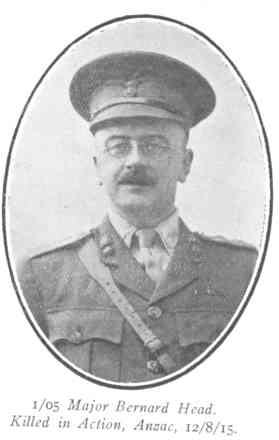 Bernard Head (left) was a major in the Royal Welch Fusiliers. He was originally from New Zealand. He was the first with two others to climb Mount Aspiring (9000 feet) on South Island in 1909. He was killed at Gallipoli on 12 August 1915 and is remembered on the Helles Memorial.

Stanley Fearns Jeffcoat (right). Jeffcoat lived for a while in Buxton. He served with the 22nd Bn Royal Fusiliers. In April 1917 2nd Lt Jefffcoat bombed along the trenches near Oppy, Arras in order to link up with 63 Division. He subsequently died of wounds on 30 April and was posthumously MID. He is buried in Rolincourt Military Cemetery 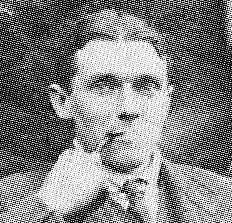 He had been a member of the Fell & Rock Climbing Club.

The most famous mountaineer of the war was George Mallory (below). He had gained a reputation as a fine climber.  After studying at Cambridge, he served as a 2nd Lieutenant in the Royal Garrison Artillery on the Somme. He was member of the 1924 British expedition to Everest. He partnered Sandy Irvine on their final attempt to reach the summit, but never returned. In the following years, two separate climbers were to claim they had seen his body. There has been continual speculation as to whether the pair had reached the summit.   In 1999 Mallory’s frozen body was found high up on the mountain. He was identified by his name tag sewn into his clothing. Irvine had taken a camera with him, but his body has never been found. It was hoped it might have been with Mallory and would have proved if they reached the peak, but it was not.

The 1924 Everest expedition had initially been led by Charles Granville Bruce (left). He was from a wealthy family, his father being 1st 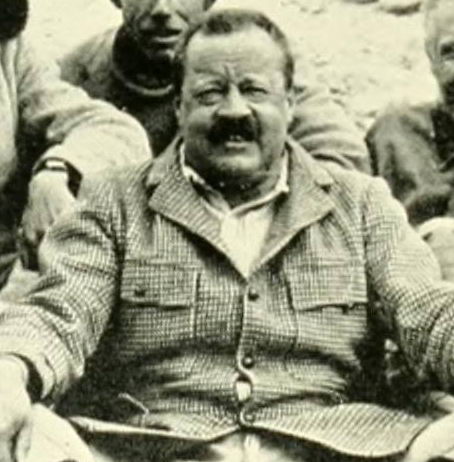 Baron of Aberdare. Bruce became a career soldier and whilst serving with the Ghurkha Riles climbed in the Himalayas. He rose to the rank of Brigadier General and was wounded at Gallipoli. After the war he was President of the Alpine Club 1923-1925. He caught malaria and had to be evacuated during the expedition.

Italy was the scene of fierce fighting in the mountains. Germany’s most famous soldier of the 20th century was Erwin Rommel (below). He came to prominence fighting with the Alpencorps in the Italian mountains. At the Battle of Caporetto in October 1917, he was awarded the ‘Pour le Merité’

Many hill walkers will be familiar with the Fell and Rock Club Memorial on Great Gable. It was placed on the summit in 1924. The original was replaced in 2013 in order to correct some spelling mistakes.

A fascinating study of some of the most well- known climbers of the period. Ed

Below on the left Rommel, and on the right, Mallory 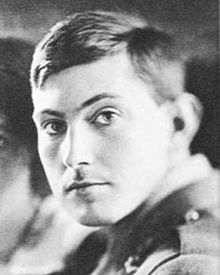 I would like to ask our regular patrons that if they have any military books, especially on the Great War, that they would like to donate for the normal raffles then they would be greatly received at any of our meetings. .