Many of our members are into local history relating to WWI, including of course the local war memorials and the people commemorated on them.  It is important to realise that war memorials are not systematic registers of those who died in a particular locality.  They depended on relatives and others coming forward with information, often several years later.  Consequently, people are missed off the memorial, or names are misspelled.  On the other hand, if it somebody of local importance such as a landowning family the person may appear on a number of local memorials, and indeed they may be "promoted" to the top of an alphabetical list because their family paid for the memorial! 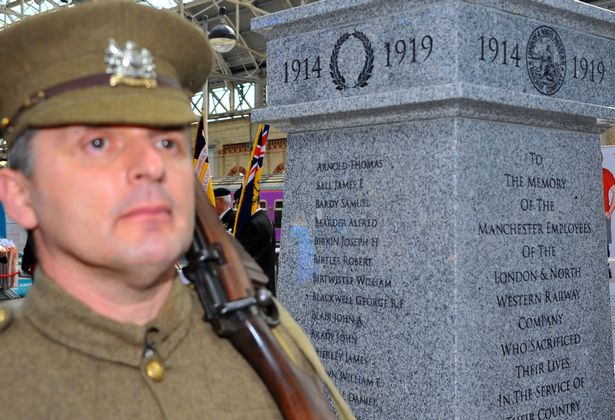 From the Manchester Evening News, 4th May 2016