The Inventor of Dazzle Camouflage

Norman Wilkinson CBE RI (24 November 1878 – 30 May 1971) was a British artist who usually worked in oils, water colours and drypoint. He was primarily a marine painter, but also an illustrator, poster artist, and wartime camoufleur. Wilkinson invented dazzle painting to protect merchant shipping during WW1. He was born in Cambridge, England and attended  Berkhamsted School, Hertfordshire and at St. Paul's Cathedral Choir School in London. His early artistic training occurred in the vicinity of Portsmouth and Cornwall, and at Southsea School of Art, where he was later a teacher. He also studied with seascape painter Louis Grier. While aged 21, he studied academic figure painting in Paris,

Wilkinson's career in illustration began in 1898, when his work was first accepted by The Illustrated London News, for which he then continued to work for many years, as well as for the Illustrated Mail. Throughout his life, he was a prolific poster artist, designing for the London and North Western Railway, the Southern Railway and the London Midland and Scottish Railway. It was mostly owing to his fascination with the sea that he travelled extensively to such locations as Spain, Germany, Italy, Malta, Greece, Aden, the Bahamas, the United States, Canada and Brazil. He also competed in the art competitions at the 1928 and 1948 Summer Olympics.

During the First World War, while serving in the Royal Naval Volunteer Reserve, he was assigned to submarine patrols in the Dardanelles, Gallipoli and Gibraltar, and, beginning in 1917, to a minesweeping operation at HMNB Devonport.

In April 1917, German U-boats achieved unprecedented success in torpedo attacks on British ships, sinking nearly eight per day. Wilkinson arrived at what he thought would be a way to respond to the submarine threat. He decided that it was all but impossible to hide a ship on the ocean (if nothing else, the smoke from its smokestacks would give it away). Thus, he thought how could it make it difficult to aim at a ship through a periscope? He decided that a ship should be painted "not for low visibility, but in such a way as to break up her form and thus confuse a submarine officer as to the course on which she was heading”. 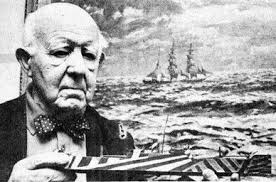 Norman Wilkinson with a model ship

After initial testing, Wilkinson's plan was adopted by the British Admiralty, and he was placed in charge of a naval camouflage unit, housed in basement studios at the Royal Academy of Arts. There, he and about two dozen associate artists and art students (camoufleurs, model makers, and construction plan preparators) devised dazzle camouflage schemes, applied them to miniature models, tested the models (using experienced sea observers), and prepared construction diagrams. These were used by other artists at the docks (one of whom was Vorticist artist Edward Wadsworth) in painting the actual ships. Wilkinson was assigned to Washington DC for a month in early 1918, where he served as a consultant to the U.S. Navy, in connection with its establishment of a comparable unit (headed by Harold Van Buskirk, Everett Warner, and Loyd A. Jones).

After the war, there was some contention from other artists about who had originated dazzle painting. However, at the end of a legal procedure, Wilkinson was formally declared the inventor of dazzle camouflage, and awarded monetary compensation. 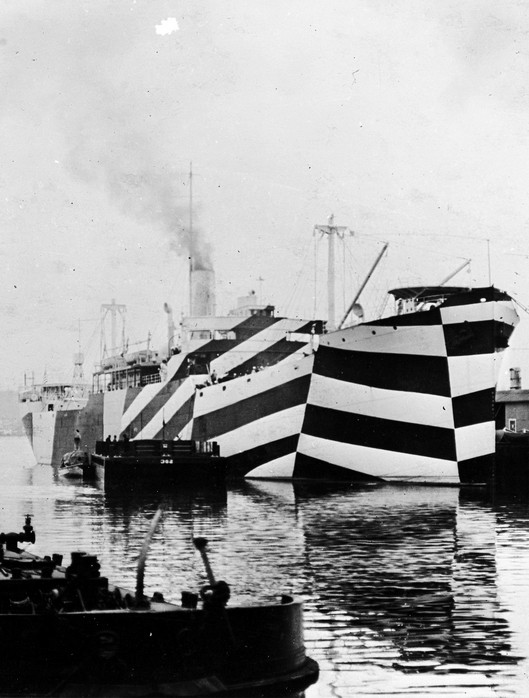 Dazzle camouflage on a real ship

During the Second World War, Wilkinson was again assigned to camouflage, not in dazzle-painting ships which had fallen out of favour, but with the British Air Ministry where his primary responsibility was the concealment of airfields. He also travelled extensively to sketch and record the work of the Royal Navy, the Merchant Navy and Coastal Command throughout the war. An exhibition of fifty two of the resulting paintings, The War at Sea, was shown at the National Gallery in September 1944. It included nine paintings of the D-Day landings, which Wilkinson had witnessed from HMS Jervis, plus naval actions such as the sinking of the Bismarck. The exhibition toured Australia and New Zealand in 1945 and 1946. The War Artists' Advisory Committee bought one painting from Wilkinson. He donated the other 51 paintings to the Committee.